The Return of the Magic Detective Show, Again. 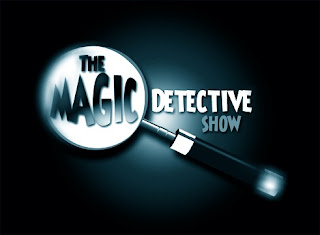 I can hardly believe it myself, but I shot two episodes of my Magic Detective Youtube Show yesterday. I was able to get one edited and uploaded. This is kind of 'out of format' from what I had done in season 2, but it seemed like a fun thing to explore. I had shot a very short video of me escaping from a pair of handcuffs on Halloween and received a lot of emails and comments about it. So I thought, why not do something like that for the show. I actually included that footage at the end of the episode.

The handcuff I talk about is called the Darby. I had read that it was actually Houdini who gave the cuff that name, but I don't know how true that is. I do know it was a very popular cuff having been introduced in the 1800s. Several different companies manufactured a darby cuff. They are still made today, but not really used by law enforcement. And there are a lot of cheap versions of the cuffs that are some try to sell as vintage, but they are pretty crappy reproductions.

I'm editing episode 2 now, and that will go up shortly. By the time I get to episode three I hope to get back to the format I stumbled upon last year which was recreating magic from the Victorian Era. With any luck, I'll also share some visits to magic collections in coming episodes. Let's see if I can actually get past 5 episodes this time around!!!