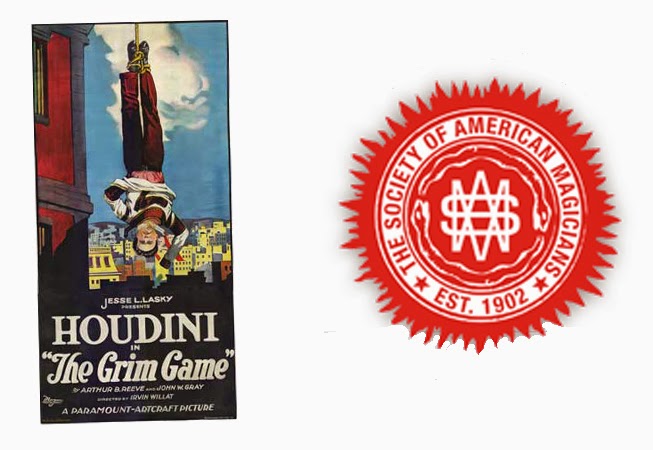 I just saw this over at the SAM website. HOUDINI via his movie The Grim Game will be making an appearance at this years (2015) SAM National Convention in Philadelphia. They will be showing the movie during the convention and Dorothy Dietrich and Dick Brookz will be on hand at the convention to answer questions regarding the movie.

It should be noted that this viewing is for registrants of the convention only, no outside tickets will be sold. To read the entire press release, go here...