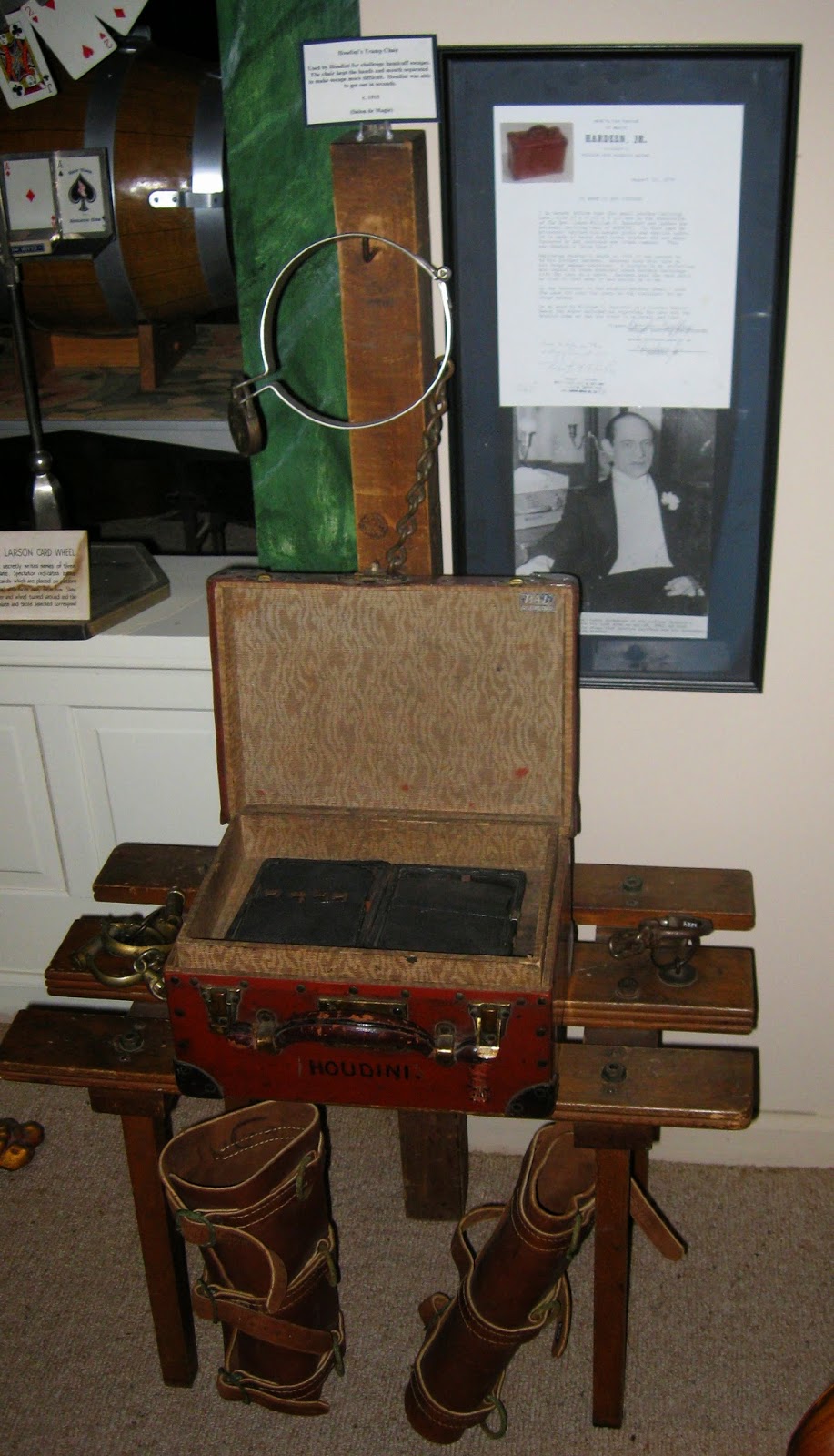 In the photo above, is an unusual item from the Salon De Magie, the collection of Ken Klosterman. I'm not sure of the origins, as far as where Ken got this, but he is very thorough in his documenting items that he puts in his collection, so I have no doubt it's authentic. My guess is that it's a challenge that Houdini received. I do know it's featured in his book Salon De Magie, unfortunately, it's one of the few books I do not have. In the photo above, you'll need to excuse the leather device underneath the chair and the orange/red box sitting on the chair, as they are not part of the Tramp Chair.

I did some general research on this type of chair and they were basically made in small jails when there was no space for extra prisoners. These could sit in a hallway or outside the cells and still contain a prisoner because they would be handcuffed to the chair. I have a feeling the neck collar was added just for Houdini, and for all I know, it may have been added BY Houdini.

The was this would look in performance or in challenge performance is Houdini would have both wrists handcuffed to the chair section and his neck would be put in the neck collar and locked up. This would prevent Houdini from bending down, so he couldn't use a key in his teeth. He also would be unable to lift a hand to help undo either the neck collar or the other hand. At least this is how it would appear by the audience. Whether he did this in full view or behind a cabinet I do not know, though my guess is with this particular device he probably presented it behind some sort of curtain.

His brother Hardeen also encountered a Tramp Chair which was dubbed the Maine Tramp Chair. This is a very different device. The Maine Tramp Chair is like a portable jail cell, or a chair on wheels surrounded by a jail cell. It's a very strange relic from the 19th Century. Hardeen successfully escaped from one of these at the Bijou Theatre in Bangor Maine, in 11 minutes 54 seconds.

You can check out ALL the various articles from 30 Days of Houdini HERE!
Posted by Carnegie