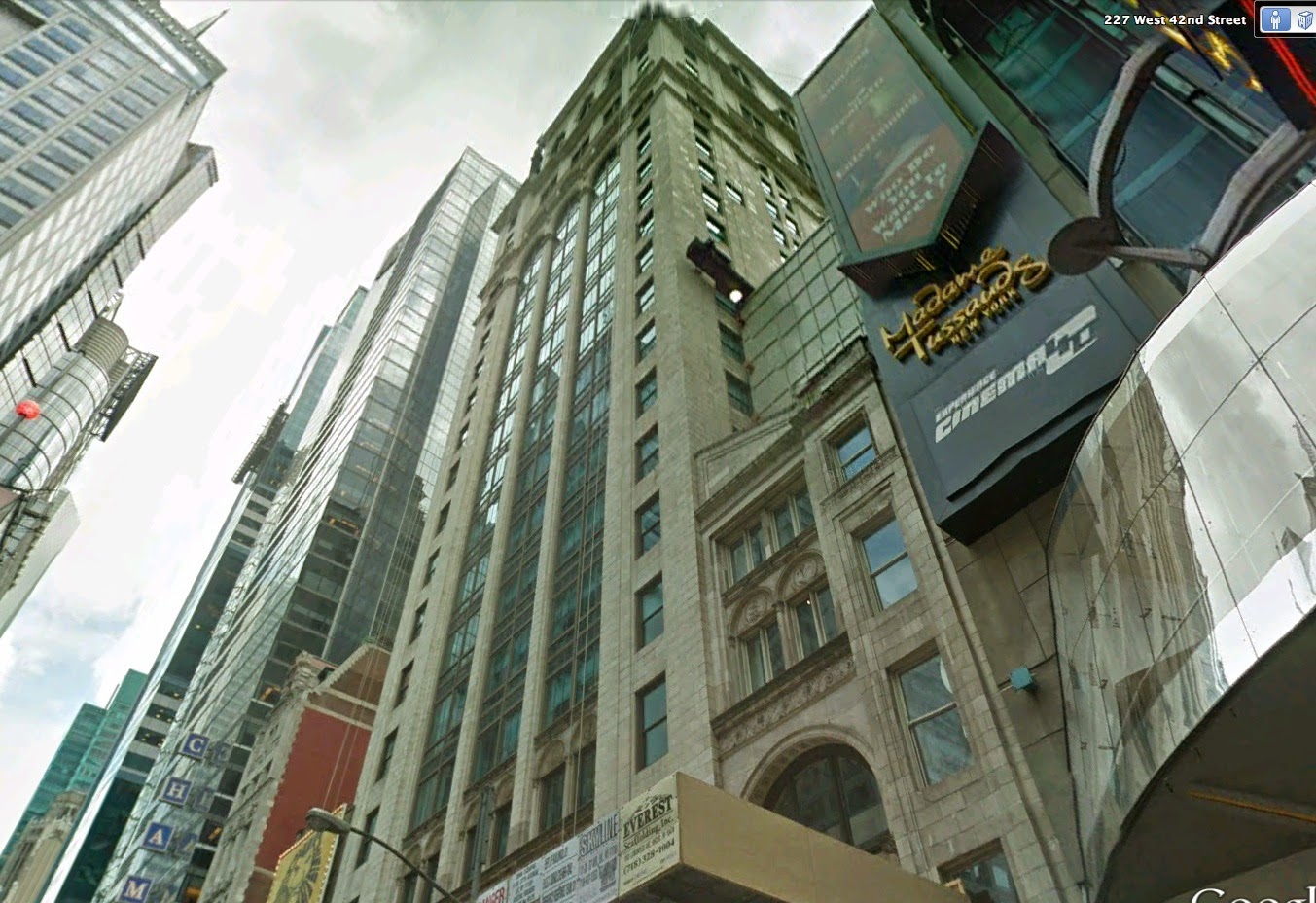 The Picture Corp was located in the Candler Building on West 42nd Street. This is one of those rare addresses that still remains today. If you've been to NYC you might have been in this building or at least seen it because the ground floor is taken up with a huge McDonalds.

The Candler Building is a high rise that was build back in 1914. It sits right in Times Square and as mentioned, houses one of the busiest McDonald's in the country.

I don't know what floor Houdini's company was located though it's a good guess that it was NOT on the ground floor. Houdini had big plans for his Picture Corporation, but those plans never came together. The Houdini Picture Corporation only put out two films, The Man From Beyond and Haldane of the Secret Service. He had plans to put out other films but it never happened.

The movie business turned out to be a lot harder than Houdini first expected. In addition, seeing Houdini's feats on the big screen, were not quite the same to his audiences as watching him do his incredible escapes live! Still, he did produce two movies and often used his magic/escapes to promote the movies.
Posted by Carnegie