Houdini: Why Do We Still Care? 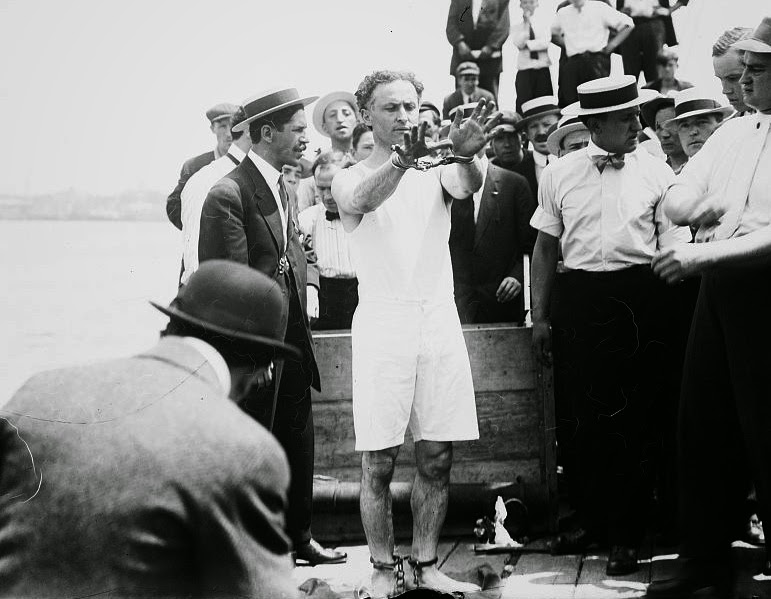 I saw something over at John Cox's Facebook page about this. He had done an interview with someone about Houdini and the question came up as to why is Houdini still important, or why do people still find him interesting. I thought I'd tackle that question myself.

The simple reason is, Houdini is the personification of a real MAGICIAN and people are attracted to the idea of real magic. He somehow has surpassed the rabbit and hat stereotype and instead when people hear the word 'magician' they often think of Houdini. His magic though was different from all others. What he did was real, at least in the minds of the lay public. And in many ways, his magic was real, but his magic stretches out beyond tricks and illusions. His magic encompasses his charisma, his magnetic personality, his seemingly superhuman abilities, and his international fame.

Who, today, wouldn't want to have those qualities? We all would, regardless of occupation. Being able to do magic makes it seem like life would be a breeze. Little do people know the hard work that goes into being magical. Houdini's magic included scrapes, cuts, bruises, broken bones, lots of pain, a constant struggle with fear,  and near death experiences. He could seemingly take on any challenge and come through triumphant. That kind of ability speaks to the human spirit in all of us.

So Houdini, continues to be an inspiration. He inspires because, he is one of us, but he went far beyond what anyone had ever done at the time. He inspires us to take chances, confront fear, push forward in the face of difficulty and to strive to be winners in life.

That's my simple view on 'Why People Still Care About Houdini!'
Posted by Carnegie