An Early Bust from the Scranton Houdini Museum 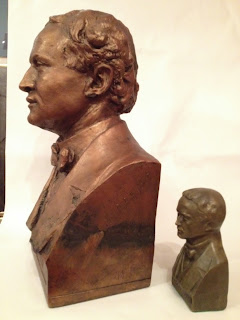 Today's photos are a special treat from Dorothy Dietrich and Dick Brooks. These show one of the early casts made during their attempt to recreate the bust to sit on Houdini's Grave. Look closely and you can see all the pits and imperfections which were later filled in for the final bust. This particular bust is made of solid polyurethane and was then coated to give the appearance of bronze.

The photos also contain a second bust much smaller. This is apparently a bust that Bess Houdini gave out. It's hollow, made of plaster and quite fragile.

Thank you Dick and Dorothy for sharing these images! 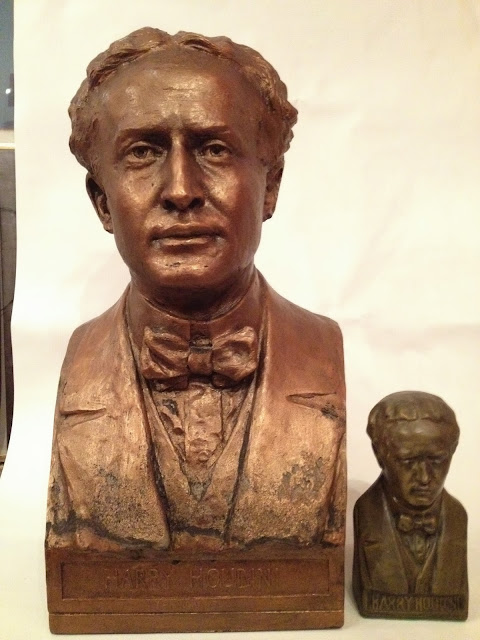