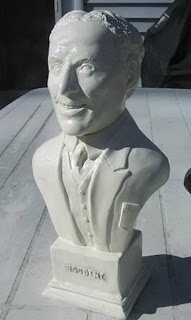 Here is a cool Houdini statue that sold on eBay. It has Houdini's name on the front, underneath the bust the number 1958 is printed. The bust stands 12 inches tall. 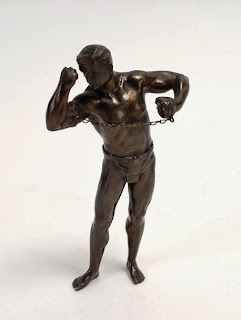 The next statue is very interesting, it's Houdini in a strongman pose. He is 6" tall and made of bronze. 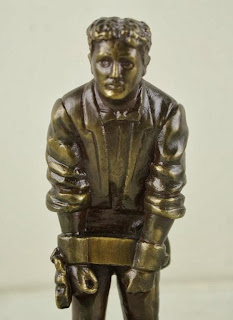 series. It is signed by Jack Taves. I don't know if there were other 'legends of magic' or if it just stopped with Houdini. 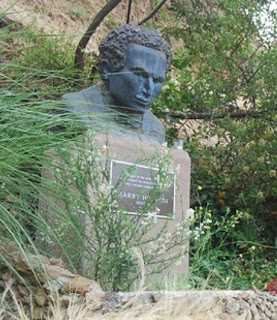 Next is a very unique Houdini Bust. This is on the old Houdini property in California. The property is in Laurel Canyon and actually, was probably NOT Houdini's property at all. But it's been called that for years by residents and real estate people that it's now known as the Houdini Estate. Houdini expert, Patrick Culliton believes the property across the street is where Houdini's property actually was. John Cox and Patrick Culliton visited the Houdini Estate in 2012 and you can read all about it at
http://www.wildabouthoudini.com/2012/03/inside-houdini-estate.html


Special thanks to Joe Notaro for two of the images on this page. If anyone else knows of Houdini statues or busts which I've not featured and you have photos you're willing to share, please let me know at carnegiemagic@aol.com
Posted by Carnegie