One Year Ago A Great Man Left Us 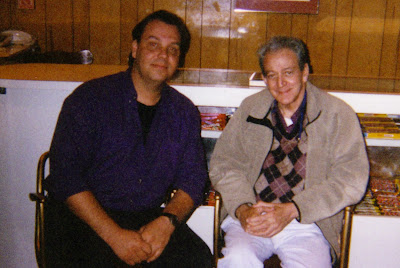 I can hardly believe one year has passed since my friend Cesareo Pelaez passed away. I've written about him many times on this blog. Probably the two most influential people in my life were Houdini and Cesareo, one was born this day and one passed away this day. I never met Houdini but I did get to meet Cesareo. I often refer to Cesareo as my mentor though I didn't get to spend anywhere near the amount of time with him that I would have liked.

He was the creator and director of Le Grand David Magic Show in Beverly Mass. He was also a highly regarded professor of psychology and he was many many other things but most of all he was my friend. I always think of the saying, "When the student is ready the teacher will come." And yet I never took a class with Cesareo. Instead, we had a number of conversations together over the years which always held some jewel of knowledge. His occasional emails were also inspiring to me as well. For some reason I quickly understood his way of thinking and could usually figure out what Cesareo might do in a given situation. That understanding would help me greatly in the future and it continues to help me today.

I often hear Cesearo in my head when I'm contemplating a new idea or trying to make my mind up about something. Most recently, when I was considering a huge change in the direction of my show I could sense Cesareo smiling in approval. And as I moved further into that new direction many of the things he told me over the years appeared. It was like instant approval from my friend.

I miss him greatly. I miss all my friends in Beverly right now and am thinking of them on this day.
Posted by Carnegie