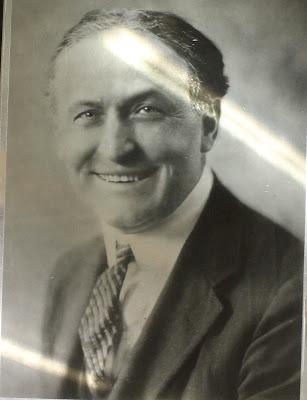 Today marks the 139th Birthday of Erich Weiss who would go on to be known around the world as Harry Houdini. He was an amazing individual and a controversial figure as well. He was born in Budapest Hungary on March 24th, 1874 to parents Rabbi Samuel Mayer Weiss and his wife Cecelia. You would think by now we would know all there is to know about Harry Houdini. But it seems that we learn new things about him each year. New photographs continue to turn up of this famous man.

He was more than a magician and much more than an escape artist. He truly was a superstar in his time and his stardom just continued to grow after his death until he grew into legendary status. There were many fellow artists in his time, people like: Fatty Arbuckle, Buster Keaton, Gloria Swanson, W. C. Fields, Rudolph Valentino and others. But stop and ask twenty to thirty year old if they recognize any of these people and they might, recognize one. But if you say the name HOUDINI, they all know who he was.

Even young kids today know the name Houdini. They don't know David Copperfield, Lance Burton, David Blaine, Penn and Teller and many have already forgotten Criss Angel, but they will know Houdini. It's a testament to his popularity and a sign that the only celebrities that really live on in the minds of the public are the legends.


Happy 139th Birthday Harry. You keep getting better with age!


Oh and as I reported here a couple years ago, born in 1887, March 24th, Rosco 'Fatty' Arbuckle
Posted by Carnegie