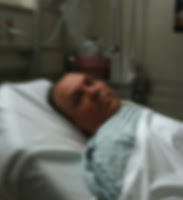 First off, my apologies for the very sporadic updates to this blog lately. It's been a somewhat trying summer. It began of course with what looked to be a busy run of shows but then spiraled down into a bunch of health related issues. The latest, which I thought was a blood clot, has left me having difficulty walking. As it turns out, the blood clot was a secondary issue but was not the cause of my leg pain. The good news, I'm on the mend, and though I have probably two more weeks left of limping around, I should be as good as new before too long.

As for the blog, well I do have big plans coming up, it's just been really hard to work on it in this state. I've got a Magic History Contest which I'm going to put up soon, which comes complete with prizes, or a prize, I haven't decided. And there is also the first few episodes of The Magic Detective YOUTUBE Show which has been delayed and delayed. I hope to have that project up and running in September.

Rest assured, I haven't vanished into the night. I'm still working on the site, researching obscure historical magic related events and gearing up for Fall!

Slight Update: A few days after writing this I was diagnosed with a Deep Vein Blood Clot (DVT) so things went from being on the mend to more serious. Then, I had two unexpected trips to the E.R. this past weekend. But as of yesterday, August 21, I got the OK from my doctor to go back to work, which for me means going back to performing. August 2012 will definitely not be remembered as a good month for me, but as I mentioned before, I am doing everything I can to get back on track. Hopefully, I'll be walking like normal again in a week or so. And I also hope to be back to updating this blog on a regular basis as well.