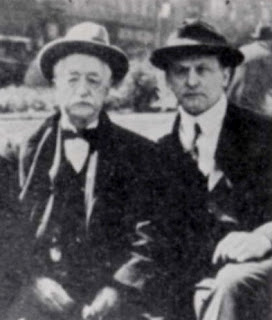 I've been receiving some lesser seen photos of Houdini from various sources and also found a couple myself. I thought I'd post two of them. The first is one that I don't recall seeing before. It's an image of Harry Houdini and Samri Baldwin, The White Mahatma. Baldwin was instrumental in creating the Q&A mental routine that is used by mentalists even today. He died in 1924, so by the looks of it, this photo is probably 1923 or 1924. 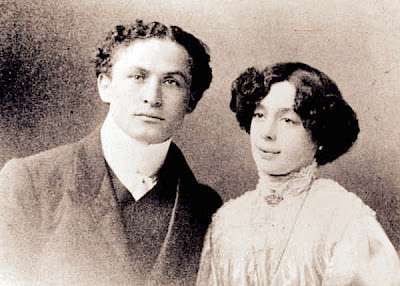 The next image is of a young Harry and Bess. I've seen a similar photo, but I don't recall this particular one. At first, I thought this was from a photo session in which there is also an image of Houdini, Bess and Cecilia Weiss. However, though Bess seems to be dressed the same, Harry is wearing a different coat and collar, and his hair is slightly different.

Both images are from the archives of the State Library of Victoria.
Posted by Carnegie