These two Houdini advertisements date to 1915. Most of the ads run by Keiths or the Orpheum chains are pretty much the same. But every now and then they'll really push Houdini's appearance with additional graphics.

The above image is from the Providence Rhode Island Keith's Theatre. 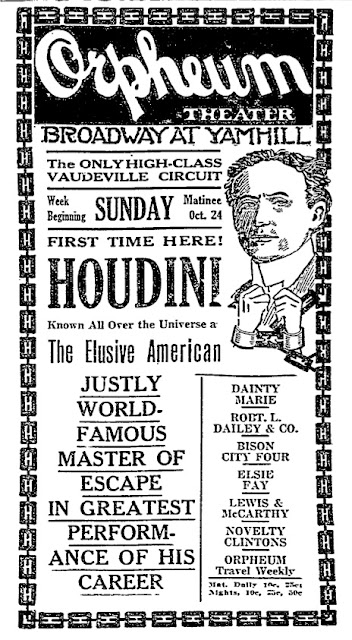 This next image is from October 1915 and is for the Portland Oregon Orpheum Theater. Again, Houdini's billing takes up most of the ad, with the supporting acts relegated to the lower corner. This particular theater was torn down in 1976 to make way for a Nordstrom's Dept Store.
Posted by Carnegie