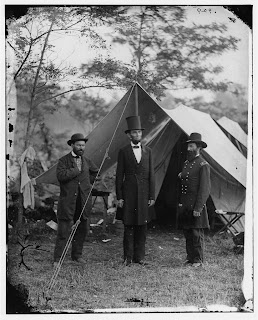 In America we are celebrating the 150th Anniversary of the beginning of the Civil War. The Civil War, also known as the 'War Between the States' lasted from 1861-1865.  Over 1 million people died, both soldier and non-soldier as a result of the war. The numbers are staggering and impossible to comprehend.

I live not far from the Manassas Battlefield, where a number of the key Civil War Battles took place, and in fact, as a kid I used to ride horses around the Battlefield. I grew up on a farm in Fauquier County Virginia and was told that there had been a Union Army encampment on our property. One day while treasure hunting with a metal detector we found tent stakes, lots of bullets, a stirrup for a saddle and even a Union Army Belt Buckle, so indeed it was true.

I often wondered what magicians were around during the Civil War and it turns out there were quite a few. There were many who lived 'during' the years of the American Civil War, but I'm only going to mention a few who had direct contact with events or people of the Civil War. 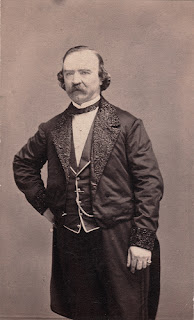 First up is John Henry Anderson.  Mr. Anderson was not an American and did not fight in the War. He was born near Aberdeen Scotland in 1812. He began his career as a magician with the moniker 'The Caledonian Conjurer'.  Later, he changed his moniker to "The Great Wizard of the North" and was quite successful. He performed throughout the British Isles and toured the European Continent as well.

His first visit to America was in 1851. He had recently acquired a number of pirated Robert-Houdin effects and toured with them quite successfully. One of his features since his early days and one that was not part of the pirated Robert-Houdin material was the infamous Bullet Catching feat, a very sensational effect which is notorious for having killed numerous performers since it first debuted. Anderson performed the trick successfully throughout his career. The Great Wizard was a hit in America and his tickets sold for a premium. By all accounts his first tour of the U.S. was a smashing success.

His next tour of the U.S. was in 1859 and he started on the West Coast bringing in a whopping $25,000 in just a couple months time. By July of 1860, The Great Wizard is on the East Coast and at one of his shows his audience questions him about the coming election between Lincoln and Douglas. Anderson called upon his fake spirit guides to sound out seven knocks. Seven, the exact number of letters in Lincoln's name! The crowd went crazy. Though, had they paid attention, they would have realized that Douglas also had seven letters in his name. A fortunate ad-lib that worked in The Great Wizards favor.

Though things were good in 1859 through mid 1860, as the tour progressed John Henry Anderson began to feel the effects of the conflict between the states. Business was drying up all over the eastern U.S.. When Anderson arrived in Richmond he discovered he was not welcome! The Virginians did not take too kindly to his posters proclaiming the arrival of "The Great Wizard of the NORTH". The word NORTH in one of the Southern States was a bad word to say the least.

The Civil War broke out shortly after his visit to Richmond and The Great Wizard tried to continue with the tour but it was a loosing proposition. Even when he took the tour westward that didn't help either. Business in the states was drying up everywhere. 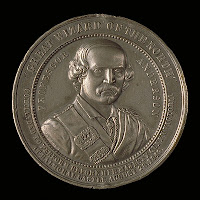 As a last ditch effort, John Henry Anderson returned to NYC and hired an author to write a version of Shakespeare's TEMPEST but with an emphasis on pro-Northern ideals. He would call this play 'The Wizards Tempest'. He hoped to win over at least the Northern audiences with his new venture. After the first night it appeared he had a huge hit on his hands. But news that the war was not going well for Union Soldiers seriously hurt business. After a few weeks the show was closed and John Henry Anderson found himself $3000 in debt. He worked out arrangements to repay his debts and went to England, leaving his family behind. Unfortunately, by 1866 he had no choice but to declare bankruptcy.

During the course of his performing career John Henry Anderson made over $700,000. He gained and lost fortunes many times over his lifetime but the tough conditions during the American Civil War wiped him out completely. He never returned to America and never saw his family again. He died in England on February 3rd, 1874 and was buried in Aberdeen Scotland.