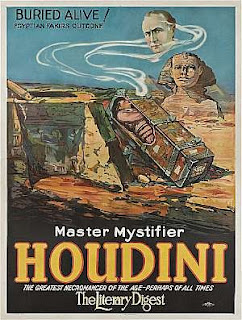 Have you ever heard of Rock and Fulton? They were what was called a character-dance act in vaudeville. I never heard of them before, but then again it was before my time. Billy Rock was the leader of the act which included singing, dancing and character comedy. Billy had several partners over time, after Maude Fulton left he joined with Frances White and became Rock and White! Rock continued picking up new partners until he died in his mid 50s. The original partner Maude Fulton went on to write a few plays but her biggest accomplishment was when she adapted the book The Maltese Falcon into a movie.

In the April 25th, 1908 issue of the Evening World Daily Magazine there is a piece that mentions that Rock & Fulton were the first act to use 24 sheet advertising in U.S. Vaudeville. Guess who saw it and followed? You bet, Houdini! Modern day 24 sheet advertising is 106 inches x 234 inches or roughly 9ft by 20ft. The Buried Alive poster that you see at the top of this blog is an 8 sheet, or 106 x 81.

As far as I know the largest Houdini poster around IS the Buried Alive. But apparently, as early as 1908 (the year the Milk Can Escape was introduced) he began using 24 sheet advertising along with his other posters. The article mentions that the performers name alone would be 4 ft tall on the poster, not to mention the size of his image on the poster. Other acts couldn't compete. The arrangement was for the theatre management to pay half and the performer to pay half for this kind of advertising. The only ones who could afford this were the acts making the most money, and we know Houdini was eventually the highest paid vaudeville act of his time.

To get an idea of the size of the 8 sheet, the picture below is an image of just the letter 'H' from the poster above. It's in actual size. Now imagine what a 24 sheet HOUDINI poster must have been like! It's a shame none exist (that we know of). By the way, the Houdini Buried Alive 8 Sheet has sold anywhere from $12,000 to $15,000. Wonder what a 24 sheet would be worth?

UPDATE: David Copperfield owns a Houdini Straightjacket Poster which is larger than an 8 sheet. I'm not sure if it's a 24, but the thing is enormous. It's the image of Houdini in the jail cell and he is kind of upside down in a straight jacket wiggling around. 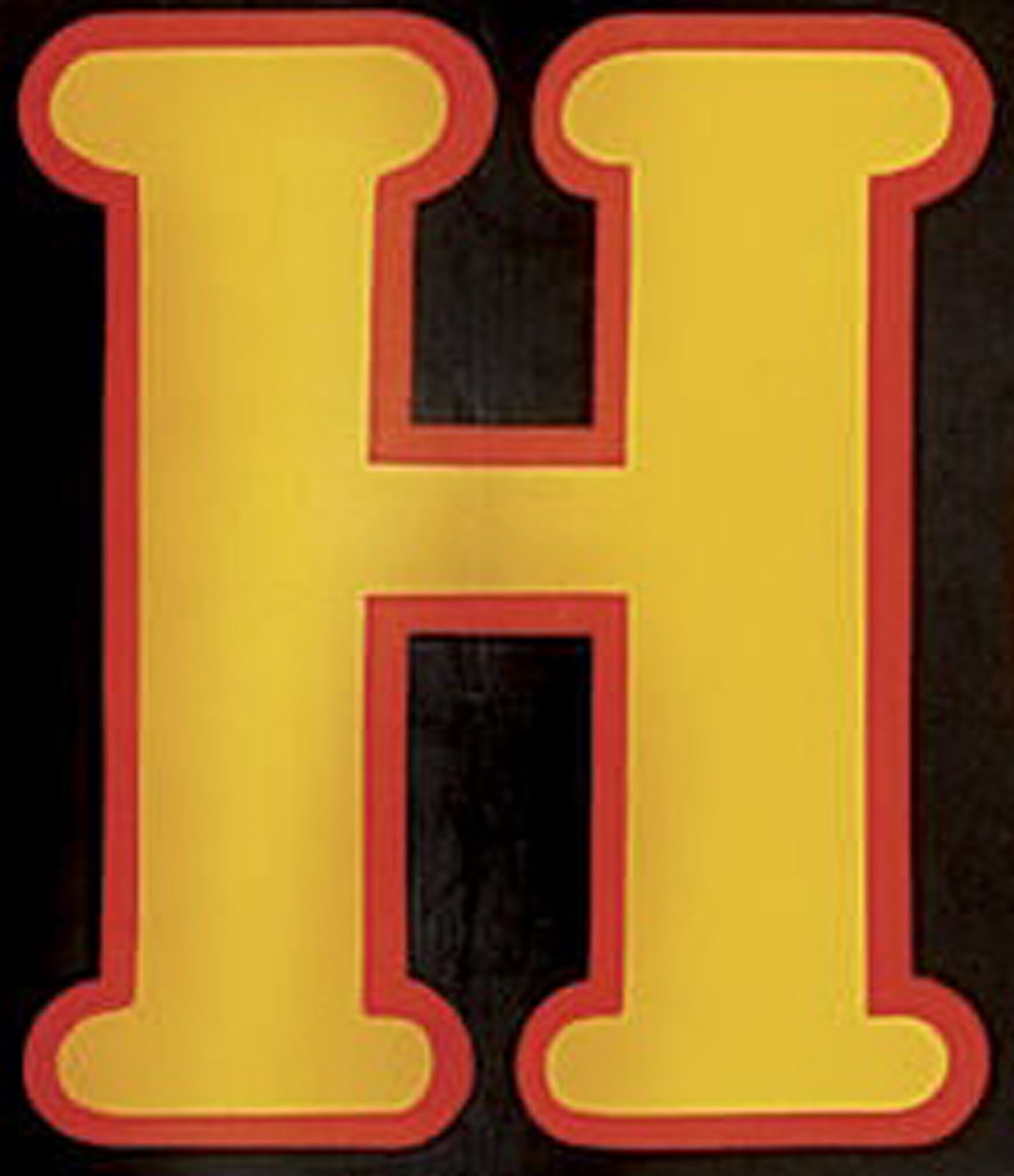