The Man Who Changed Houdini's Life 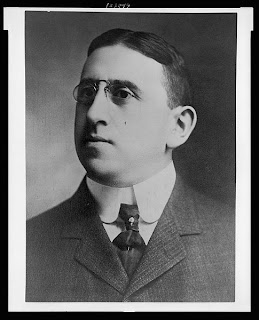 Martin Beck was his name. He was a theatre impresario who ran the Orpheum Vaudeville Circuit back in Houdini's time. Harry was playing some pretty awful places and needed a break. Beck saw Houdini do his act at a beer garden in St. Paul Minnesota. Beck thought the magic was crap but felt like there might be something to Houdini's ability to get out of handcuffs. Beck insisted Houdini go after that angle and drop the magic. After that point, Beck began to book Houdini and it changed his life and career forever.

Martin Beck recognized that the escape act had something that the magic act lacked. It had a sense of drama, danger, and grit. It was also unique whereas many performers were doing magic acts and doing the same tricks. Here was a guy who offered something that apparently no one else could do. History would show that others came before Houdini and of course many many more came after him. But Martin Beck recognized something special and took a risk with it. Houdini never let him down and put the escape act on the map. 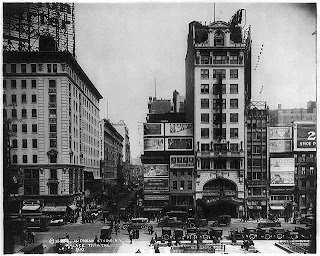 Apparently Beck lost control of the theatre before it actually opened but he still did the booking for the theatre, for a while at least. Among the entertainers who appeared at the Palace there was;
Bob Hope, Houdini, The Marx Brothers, W.C. Fields, Sophie Tucker, George Burns and Gracie Allen, Jerry Lewis, Frank Sinatra, Judy Garland and many more.


Martin Beck eventually built another theater in NYC which was called, The Martin Beck Theatre. At the time it was the only NYC theatre that was owned outright. In 2003, the theatre was renamed The Al Hirschfeld Theatre after the famous artist. Interestingly enough, Hirschfeld was also a friend of Houdini's.
Posted by Carnegie