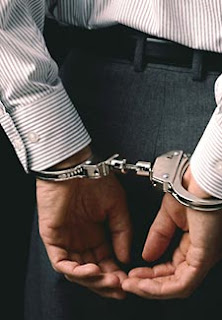 If a magician can walk through a wall, saw a person in half, make people vanish into thin air, then how come they are so stumped by a straight jacket escape? Or actually, why do they expect an audience to think that a straight jacket or handcuffs are any match? I mean, they just read someone's mind! They destroyed a borrowed ring and had it reappear good as new in an impossible location. So a straight jacket is going to be able to hold them???

I tried to come up with a logical reason why this would make sense. Here is what I came up with.
A magician's power comes from two places, his mind and his hands. Houdini used to say, "My Mind is the Key that Sets Me Free". When you bind the hands you are taking away more than half of the magicians power. They are left with only their mind and the mind alone can't undo belt buckles, unlock locks or untie knots. This then is the reason why escapes are tough for magicians.

The same holds true for an escape artist, though in a slightly different context. In the case of the escape artist the mind and their hands are tools, just like lock picks and other devices. By tying them up you are essentially robbing the person of their number one most needed tool to escape, the hands.

The other side of the coin is the fact that audiences know that magic is not real. But escapes, especially those with an element of danger add realism. Magic is fantasy, escapes are reality.

So yes, escapes make sense, at least some do! But as performers I think we need to point out these things to audiences.

UPDATE: Somehow among all the magic history articles on this magic history blog, this blog has moved to the #1 Spot. That's kind of cool and kind of hard for me to figure out. But none the less, it shows it's an interesting topic.
Posted by Carnegie