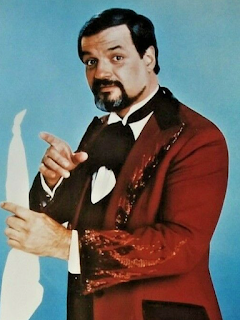 Harry Blackstone Jr. was the first big named magician I ever saw. I had just visited Al's Magic Shop a few months earlier and inside the first issue of Genii Magazine I ever bought, was a write-up on Harry's upcoming tour. Sure enough, he was going to be coming to Washington D.C. to the Warner Theatre. I mentioned it to my Dad and didn't hear another word. I must have forgotten. Well, as it turned out, my Dad didn't forget. He got us tickets for third row from the stage. I remember he took us all to a Chinese restaurant in Falls Church, which is now a bank, lol. And then we took the subway to the Warner Theatre.

Blackstone was touring with a huge show which included a live orchestra. Costumes, scenery, magic, big illusions, wow. This show had it all. He opened, as always with the Vanishing Bird Cage. What can you say? It was brilliant magic, perfectly done.  He had various themed routines, many elaborate costumes. All the classics were there. The flower routine from his Dad's show. The Dancing Handkerchief, perhaps my favorite of the Blackstone routines. The Buzzsaw, where he cut his wife Gay in half with that super loud saw and you could smell the sawdust from my seat! 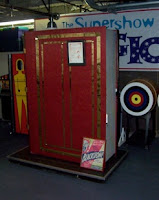 Fast forward many years and I find out that there is to be a Blackstone Auction. I ordered the catalog
and prepared for the bidding. This was a few years before Potter and Potter Auctions would be around. I bid on so many things, never really expected to get anything. I came away with a host of costumes worn by various dancers, including one wore by Gay Blackstone. I bid on many illusions, loosing all to other bidders. I bid on Harry's costumes, again, loosing all to other bidders. Then there was this giant book, the Book of Life Illusion. I bid on it. And I won. I never dreamed in a million years to win a real illusion from the show! But sure enough I won it. As it turned out, I paid more for shipping than the book cost me. But it was worth it.

Now, fast forward a few more years and Masters of Illusion is in town. They are playing at the same theatre that I first saw Harry Blackstone Jr. all those many years before. By sheer coincidence, my assistant Denise was doing a review of the show for an online review site and Gay Blackstone came up to talk to her. The three of us began to chat. I told her about seeing her and Harry at that very theatre so many years before. And THEN I said, OMG, AND I OWN the BOOK OF LIFE! She lit up like a christmas tree. Oh what a great conversation we had. She had no idea that Denise and I were also full time magicians. She requested my promo video in case I might be interested in touring with Masters. Sadly, never heard anything back on that, but I'm sure they receive tons of those and mine likely just got lumped in with the bunch. It did not diminish the wonderful time we had with her that day and the memories that came back of seeing Harry Blackstone Jr present his incredible show. 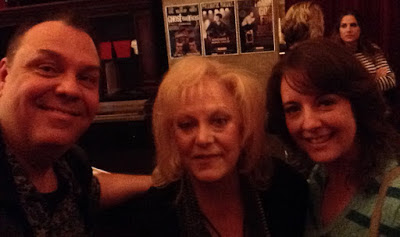 Had he not gotten sick in 1997, he would be 86 today and probably look the same, except with a full head of gray or white hair. He would be magic's elder statesman. And I'm sure he would still be sharing his remarkable mysteries even to this day. I sure do miss Harry Blackstone Jr.. He holds a special place in my life as a magician.

Harry did sadly pass away on May 14th, 1997. But he still lives in the hearts of those who were lucky enough to enjoy his magic!
Posted by Carnegie