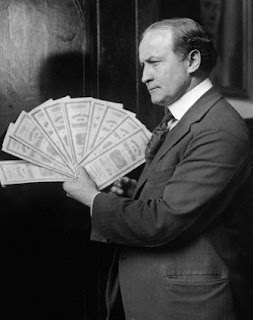 Today, Nov 11, 2018, marks the 100th Anniversary of the end of World War 1. The war which began in 1914. Coincidentally, the United States did not get into WWI until the day that Houdini celebrated as his birthday, April 6th, 1917.  And, despite the fact that the land in which Houdini was really born, Hungary, was involved on the opposing side in the war, Houdini stayed true to The United States.  He was a true blue American. Though Houdini appears to be mostly apolitical, he was certainly quite patriotic. And he was a big supporter of the War effort in WWI. Houdini actually enlisted but was too old to be considered. Instead, he got behind President Wilson and the war effort by selling Liberty Bonds and performed at military bases across the country to support the troops.

The S.S. Antilles, was a US Troop-Transport Ship that was sailing out of France on it's way to the United Stated on October 15, 1917. A German u-boat fired a torpedo at the Antilles the morning of Oct 17th sinking the ship. Sixty Seven sailors lost their lives.

Now Houdini steps into the picture. As a way to raise money for the families of the service members who died, Houdini put together a benefit show. His idea was to bring together theatrical artists and put on a huge show at the Hippodrome Theatre in NYC. The program was dubbed, 'Remember The Antilles' and was presented on November 11th, 1917. Among the artists in the 'Carnival of Wonders' portion of the show were: Charles Carter, Frederick E. Powell, Julius Zancig, Howard Thurston, Theo Hardeen, Adelaide Herrmann, Houdini, the biggest name of them all Harry Kellar. 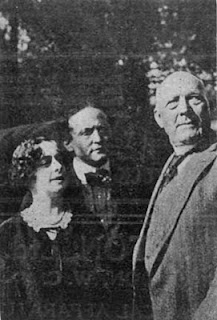 Kellar's name was important, as he was coaxed out of retirement for the singular event. His appearance was billed as 'positively farewell performance by Harry Kellar, The Dean of Magicians.' He had retired from the stage in 1908, having handed his 'Mantle of Magic' over to Howard Thurston at Ford's Theatre in Baltimore MD. For his portion of the show he presented 'table lifting' and then his version of the Davenport Spirit Cabinet. An account in the Dec 1917 issue of The Sphinx magazine says that Kellar far outshined all the earlier performers. And they added this, "He is just as good as ever and works with the same rare skill that made him not only the dean of magicians, but one of the most finished performers we have ever known."

Houdini followed with his Metamorphosis routine and then the Water Torture Cell. I should also note, to promote the entire event he did his upside down strait jacket escape from a crane on Broadway.

When the event was over Houdini's benefits show raised $10,000.00. This would be a little over $212,000.00 in todays money. I'd say it was a huge success.  Speaking of money raised, The Secret Life of Houdini by William Kalush and Larry Sloman says that Houdini sold more than $1,000,000.00 in war bonds and gave away at least $7000 of his own money to soldiers during shows at military bases.

There is more to the Carnival of Magic Show at the Hippodrome, but I'd prefer to include that in an upcoming podcast. For now, I hope you enjoyed Houdini the Patriot!
Posted by Carnegie