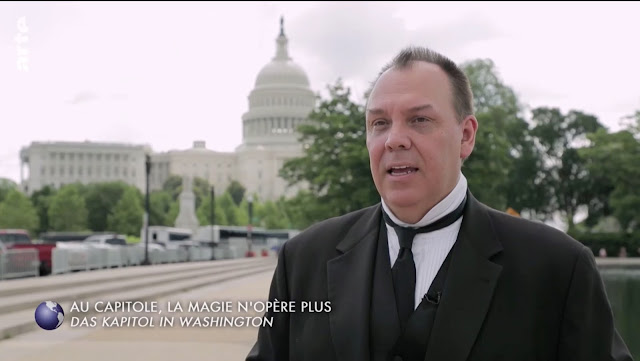 Back in May of 2018, I took part in a documentary segment about the time Houdini testified before Congress. This segment was for the French TV Channel ARTE. The segment finally aired TODAY, November 21st, 2018. It's all in French, so if you don't speak French, you won't understand a word, lol. But it's a pretty good segment and I hope you enjoy it. Here is the link to the french version. And below that is the German version.
https://www.arte.tv/fr/videos/086073-000-A/au-capitole-la-magie-n-opere-plus/

OH, and I just found this. The segment was also dubbed over in German, so here is a link to the German language version. https://www.arte.tv/de/videos/086073-000-A/das-absolute-muss-das-kapitol-in-washington/

By the way, during the actual event in 1926, Houdini presented the Spirit Slates to the Congressman, and then exposed it to them. He said, "My oath prevents me from exposing magic secrets, but I have no problem exposing the secrets of mediums". I did a quick demonstration of the Spirit Slates during my segment, though unlike Houdini, I did not expose it!