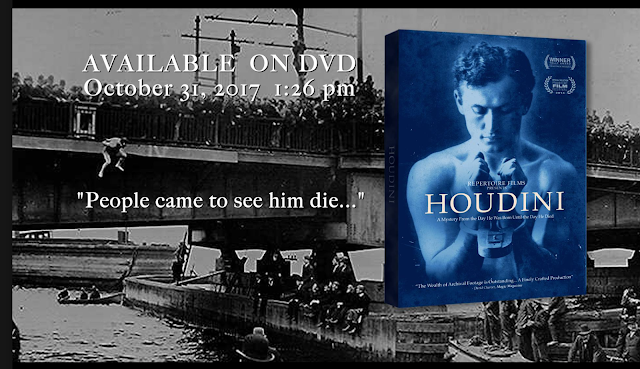 About 15 years ago, I purchased a VHS tape of a documentary called simply HOUDINI. It was by Gene Gamache and put out my Unipix. It quickly became my favorite documentary on Houdini. It was well written, had great interviews and they had the perfect narrator, Hal Douglas. Mr. Douglas was famous for his many movie trailer narrations. He did a superb job on this documentary.  There is an original musical score by which moves the story along in an amazing way. Well finally, this documentary is available on DVD.

Some of the interviews include: Larry Weeks, Stanley Palm, Ken Silverman, Dorothy Young, Sid Radner, Whit Haydn, and more. You even get to see the tiny paw cuffs that Houdini had made for his dog. 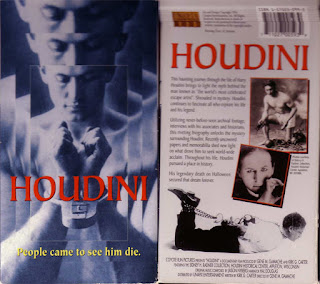 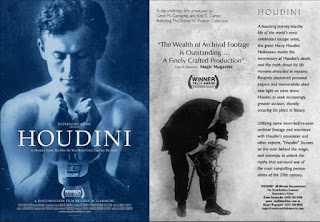 The original cut had a 41 minute run time. However, this new DVD version was recut in 2013. The new version has a 60 minute run time. I'm curious to see what was added.  Repertoire Films is selling the DVD and they also have a poster available. You can purchase this direct from them at http://repertoirefilms.com or you can also purchase it from their Facebook page at https://www.facebook.com/PeopleCameToSeeHimDie/

I know WildaboutHoudini.com posted this as well and I don't usually duplicate what John has done, but I really want to get the word out on this documentary!