Back in 2014 I wrote an article about Houdini's 1906 jail escape in Washington DC from the 10th precinct. When I first wrote the article I thought  that the jail had been torn down. Later I discovered that in fact, that jail actually was still there and still operational. I finished the article by saying, "Maybe someday I'll head over there and check out to see if Houdini's cell is still there."

As it turned out, last year I received an email from a friend of mine who lives near there. He told me he was planning on going over and check the place out. But then I didn't hear from him. I figured maybe he never made it over. But alas, I ran into him at The Yankee Gathering in November 2016. The mans name is Charles Greene, and he is an excellent magician, speaker and magic historian/collector, and also owner of this site http://magicpostergallery.com/MagicPosterGallery/MagicPosterGallery.com.html

It turns out that Charles DID visit the 10th Precinct Station and went inside inquiring about a 'Houdini's jail cell'. The cell, was originally in the basement and Charles was told that they'd been removed a long while ago. Still he pressed on and asked to see for himself. Sure enough, there was nothing remaining. The building was still standing but the cell where Houdini did his escape was gone. And thanks to Charles, at least now we know!

Now please don't mistake this for Houdini's other, and more famous jail escape in DC from the Old DC Jail. That would be where Houdini escaped from the cell that once held the assassin to president Garfield. That escape would take place only 5 days later, on Jan 6th, 1906. Below are two views of the prison that may be new to many people. They come from the Library of Congress/Harris&Ewing Collection.

This Old D.C. Jail  was torn down in the early 80s. However, as an interesting side now, the stones used in the building were from the same quarry that supplies stones for the Smithsonian Castle. So some of the jail stones were taken to the Smithsonian to use in repairs of the Castle. 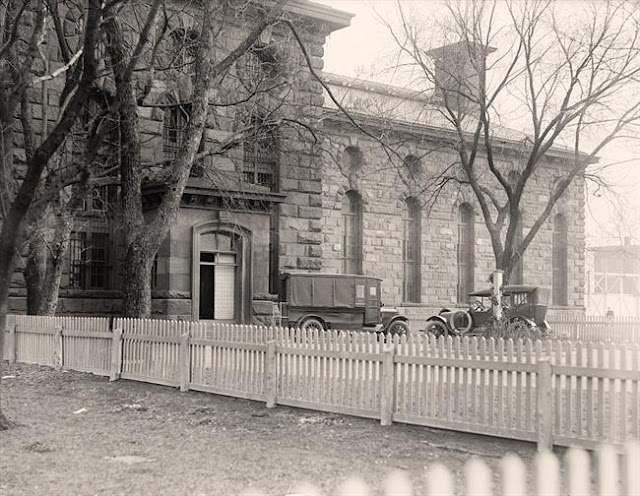 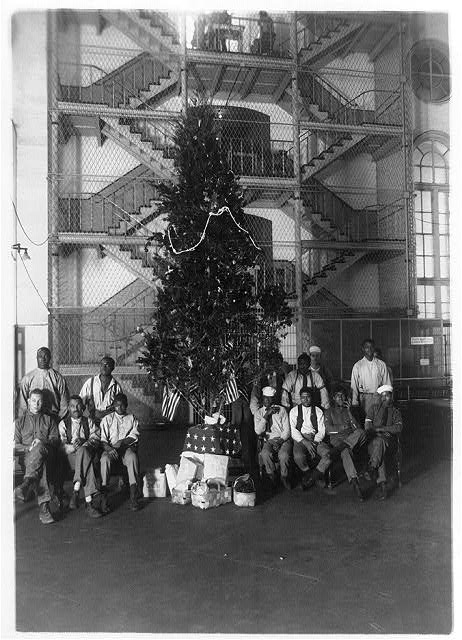