Magic Christian and His Crusade 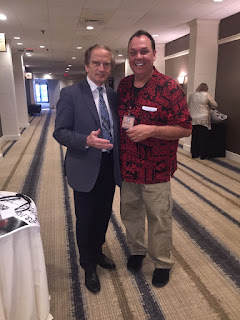 I first heard the name Magic Christian many years ago when he appeared on the cover of Genii Magazine, November 1980. I was just a kid but I still recall reading about this interesting gentleman from Austria. His issue was filled with original magic that he created. I know I have seen articles on him in the years since as well. 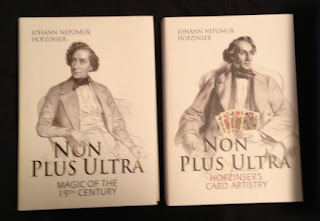 A few years ago, I came across his name again when doing some research on Hofzinser. I would say that Magic Christian is the leading authority on Johann Nepomuk Hofzinser today. If you don't have his books on Hofzinser you are really missing out. He has a two volume set called Non Plus Ultra Volumes 1 and 2. Volume 1 is subtitled Magic of the 19th Century. Volume 2 is subtitled Hofzinser's Card Artistry. They have been written, researched and compiled by Magic Christian. Volume 1 originally was published in German in 1998. The second Volume followed in German in 2004. They were translated into English in 2013 and these are the books I proudly own and am carefully reviewing.

I got to meet and talk with Magic Christian at this years Yankee Gathering and he told me that The Conjuring Arts Research Library is currently editing Volume 3 of the Hofzinser books! This is amazing news and I can't tell you how thrilled I was to learn that! I remember when I read the first two books that there was yet a third one out there, but it was in German I believe. Well, now its being translated! 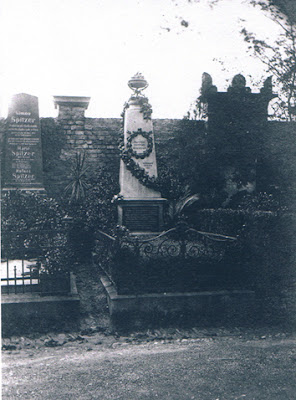 Besides his work on Hofzinser, Magic Christian is also working to get the grave of Compars Herrmann repaired. During the Yankee Gathering, he showed a short slide presentation of before and after photos of the grave site. The first photo, to the left,  is what the grave looked like around 1906. You'll note it has an iron fence around it, an ornate wreath and metal vines on the face of the stone and then a decorative firebowl at the top. I understand there were also rose bushes behind the grave itself.

Now, fast forward to around 1988 and you'll see the deterioration of the gravesite. Rust has overtaken the iron fence, and the ornate wreath and other decorative items on the grave were stripped off the grave during World War 2. Actually, there is another photo that Magic Christian sent me that shows the grave around 1988 and vines and leaves had totally overtaken most of the grave. So the photo below must be after some initial work on the grave.

It's clear by the photos that the front of the fence, the gateway, is gone. And as I mentioned all the ornate decorative items on the tombstone are also gone. 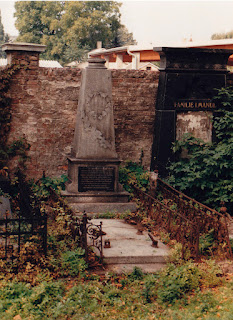 In 2009, the Magic Club of Vienna and Magic Christian began plans and work to restore the grave. It appears the first thing they did was clean up the tombstone itself and clean up all the vines and such that had grown up around the grave.

Next, it appears that they had the iron fence totally redone, along with the ornate gate at the very front.  The work they've done is remarkable. During this entire time they have raised funds from magicians and magic organizations to help pay for the restoration.

The only things left to do are to replace the firebowl at the top of the tombstone and replant the rose bushes behind the grave.  At the Yankee Gathering, Magic Christian took up a donation for the continued restoration. I wanted to include the information here in case anyone else wants to contribute. You will find that information underneath the next photograph. 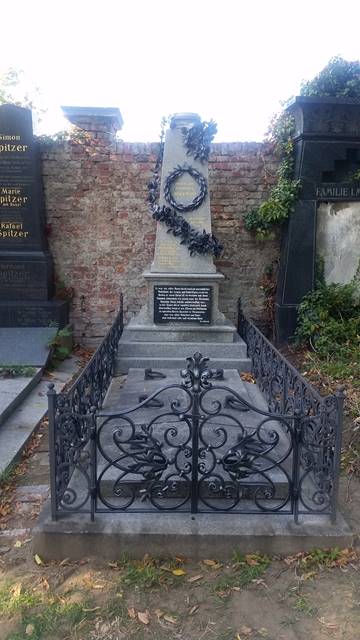 Dear friends we hope that you will support this big project: Please send your donation to Magic Christian and the Magischer Klub Wien:

And if you have other questions for Magic Christian, you can contact him through his website at MagicChristian.com. All the grave photos here were provided by Magic Christian and used with his permission.
Posted by Carnegie