National Magic Week Is Upon Us

Today begins National Magic Week. This is an annual thing started by The Society of American Magicians. It honors one of their past Illustrious Presidents Harry Houdini. Houdini served as President of the organization from 1917 to 1926. Houdini's grave actually has a plaque on it that reads M-I President 1917-1927. He was elected for the 1926-27 year, but died on Oct 31st of 1926. 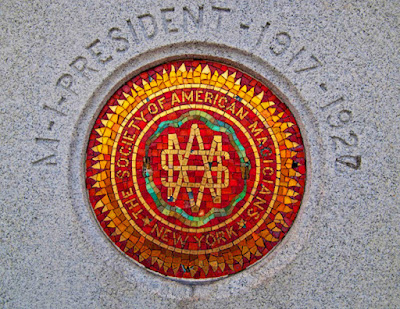 And speaking of Oct 31st, we know it as Halloween. But it's also National Magic DAY! Though this is an annual tradition started by the S.A.M., magicians all over the globe perform magic shows on this day and during this week. It's a great time to see LIVE magic!

For me personally, I've not had much time to work on this blog due to my very busy performing schedule. This month alone I have almost 50 performances. On Saturday October 31st, I have two, which I'm very happy about. Though, I would rather be at the Annual Houdini Seance in San Francisco, but, oddly, I never got an invitation. But many friends will be there enjoying the event and who knows, maybe this year is the year Houdini will return!

For those wishing to find out more about Houdini's last days, here is a link to an article I wrote a couple years ago that describes the route of his final Tour. Enjoy!

Watch for MORE Magic News/History This week!
Posted by Carnegie