The Magic Detective is IN the Linking Ring 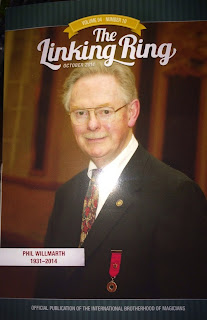 Sammy Smith, editor of The Linking Ring, the Official Magazine of the International Brotherhood of Magicians had contacted me back in September and asked if I could write a review of the HOUDINI/History Channel Movie for the magazine. I said, "Sure!". Afterall, I had already written one for my blog. But I wanted to expand on a few things and delve a little deeper into the movie than I had initially done in my blog article. 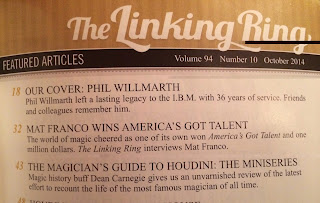 The article is in the October 2014 issue of The Linking Ring. It's titled "A Magician's Guide to HOUDINI-The MiniSeries." Please check it out if you get a chance. I have had more people contact me regarding that article than just about anything I've written before. It's always nice to hear from people and it's even nicer to know people appreciate what you write. 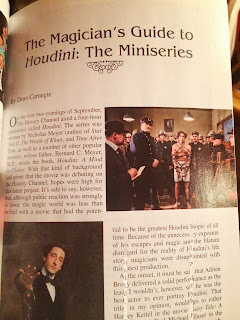