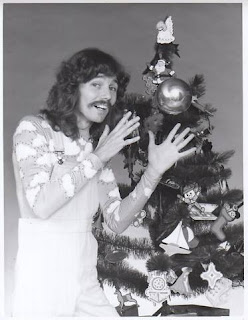 As I kid, I can remember one thing that always made the Christmas Holidays a little more magical, the annual Doug Henning World of Magic Specials. The very first one aired on December 26th, 1975. It was NOT a Christmas special, though it did air during that time period. What an amazing special that first one was. Many magicians have opened their TV specials with some grand illusion, but Doug opened his with a very small piece, the nickel that vanished. The camera came in very tight and without any funny movements, Doug closed his hand and then opened it and the nickel was gone! 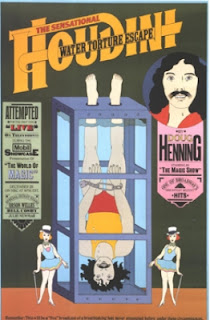 The very first special contained many of Doug's signature routines, like the Gene Anderson Newspaper Tear, the Sands of Egypt, Things that Go Bump in the Night and the Shadow Box. And the closer of the show was none other than a recreation of Houdini's Water Torture Cell. This was the 'hook' to the show, the thing that was supposed get viewers to tune in and stay tuned in. Frankly, it was probably the one trick in the show that was not a Doug Henning trick, but he did it in classic Henning style. Rather than just escape, he vanished from the cell and reappeared as his own safety man! It sure fooled me when I was a kid.

For the next several years Doug would have an annual World of Magic Special in the month of December. In 1979 he appeared as a guest on the Crystal Gayle Special which aired in December. Then in 1980, Doug was part of the Osmond Family Christmas Special as well.

If you'd like to get a great gift for yourself or a magic friend, the book Spellbound by John Harrison is a must have. It's a fantastic biography about Doug Henning.
Finally, the video below is Doug during the Osmond Family Christmas Special. Enjoy.