Cannons Great Escapes
This year has been tough on those who manufacture magic. First to go was Cannon's Great Escapes, owned and operated by Mark and Sheila Cannon. I was fortunate to spend some time with Mark and though I never met Sheila, I did get a number of emails from her over the years. They were super nice people and always helpful. Their company sold Escape Equipment to the magic industry. This included some rather spectacular escape props as well as handcuffs and keys and other misc devices. I believe they single handedly moved the escape business forward by leaps and bounds through their high quality products. They announced in the Spring 2011 that they would be closing shop. Sheila was involved in another venture and beyond that there was no explanation. I don't know if Mark is going to continue doing his escape act or if he has let all that go as well. 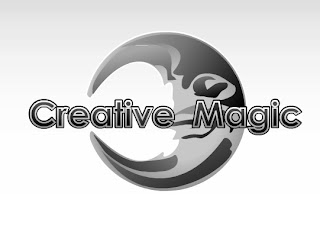 Creative Magic
Next was Brian and Rebecca Daniels from Creative Magic. They were the ones who usually had ads on the back page of many of the magic magazines promoting their illusions that could fold up into a bag. That of course doesn't describe all their products but most of the big illusions they sold could indeed fold up or fold down as the case may be to travel much easier. They also offered some radically brilliant smaller pieces like their Change Cap, and Mesh Change Bag as well as a set of temporary tattoos that looked like Bruises. Everything they did was 'out of the box' and highly creative, hence their companies name. I met them both and like the Cannons they were just super nice people. They sold off ALL their inventory to their customers in an unprecedented move. It was just like them to close the doors by doing something no one had ever done before.

Finally, word just came this past weekend that Chance Wolf from Wolfs Magic is involved in a 'different' project and there is a good chance that Wolfs Magic will be no more soon. I never met Chance, but I have seen his incredibly inventive and colorful props. I own one of them and will tell you that it's a thing of beauty.

The Wolfs Magic line of products were mostly new takes on older props. They were often done in a very cartoonish style which gave them a refreshing modern appeal. Not everything was cartoonish, but everything was extremely well made. I HOPE he sticks around but I can't blame him for trying other things.


WHY?
Each of these companies are run by one or two or a handful of people. They each have their reasons for closing down and I respect all their decisions and wish them all well. Each one will be missed and each one leaves a giant hole in the magic community. The why is something you'd have to ask them individually. But I thought it would be nice to acknowledge the actual people who were brave enough to venture out with these companies. A standing ovation is certainly deserved for each of their efforts!