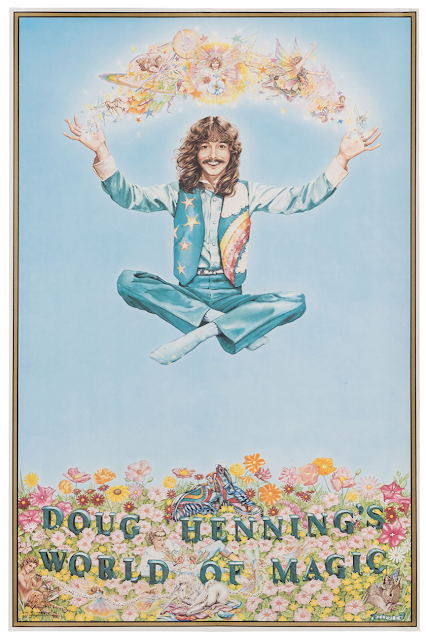 Today, May 3rd, 2022, would have been Doug Henning's 75th Birthday. Frankly, it's doesn't seem all that long ago when he passed away. But to think he would be 75, wow.

I can tell you, Doug Henning was the first celebrity whose death really hit me hard. I never knew Doug, never got to meet him. But he was such a part of my magic world, that when he died, it was like that song by Don McLean, American Pie where there lyric is "the day the music died". In our case it was "the day the Magic died." That's how it felt.

Watching Doug Henning now is nostalgic, and not everything he did holds up. But there are so many lessons that modern performers could learn from....both good and bad. In the good department, his theatricality is wonderful. His showmanship is stellar. His upbeat personality and likeablity is wonderful. He never demeans magic, never speaks poorly of it. Some of the magic happens to him, some of the magic is caused by him. He is more wizard than magician, and he loves what he does.

As much as I loved his TV Specials, there was nothing better than seeing Doug Henning LIVE. The live performances were pure Doug, minus some of the cornier dialog that was found on the TV shows. And the magic, oh man, just killer. Have you seen Doug do the Floating and Rising Cards? It's as close to real magic as you can get. His Metamorphosis presentation is the one every tried to copy, until The Pendragons came along. But even then, his routine is perfect.

I could go on and on about Doug Henning. But let me stop and simply say, Happy Birthday Doug!!! 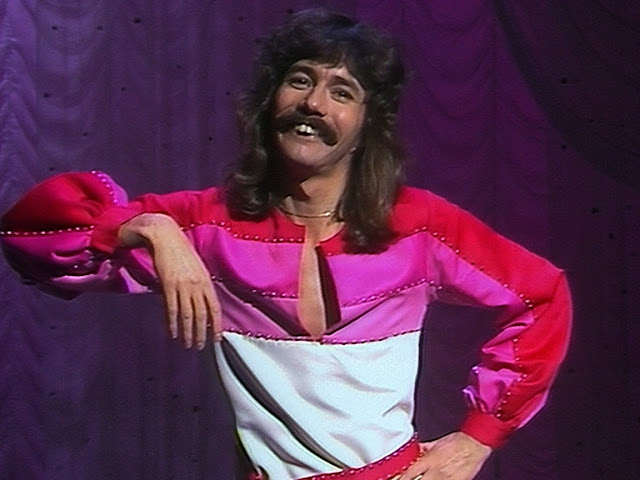 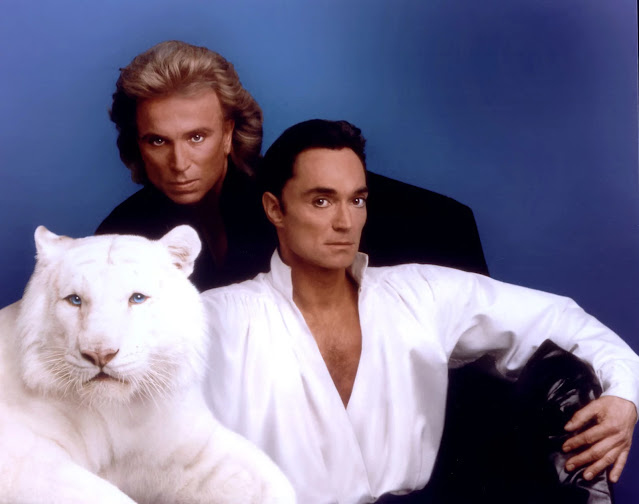 The incredible estate of Siegfried and Roy goes on the auction block June 8th and 9th, 2022. The auction house Bonhams will be conducting the auction LIVE in Los Angeles. It appears that the auction is made up of furniture, jewelry, and personal possessions of the two Masters of the Impossible. However, I did note that there are show costumes in the mix. So will there be actual magic related items, books, memorabilia, props, illusions???? That I am not certain.

Here is the link to the auction site: https://www.bonhams.com/auction/27447/siegfried-and-roy-masters-of-the-impossible/

In Oct 2003, during a show, and also on his birthday, Roy Horn was attacked by one of his tigers on stage at the MIRAGE Hotel Casino in Las Vegas. Roy's tiger Mantacore, bit Roy in the shoulder and dragged him off the stage. The duo claimed that Roy was having a stroke and the animal sensed Roy's dilemma and dragged him off the stage to safety. Roy did have a stroke, but it's not know if it was before or after the animal bit him. And further, the animals bit severed Roy's spine and caused an incredible amount of bodily damage. This ended the careers of the long lasting show on in Las Vegas. And it confined Roy to a wheel chair for the remainder of his life. He could stand and walk short distances, but with great difficulty.

Siegfried Fischbacher died Jan 13, 2021, only 2 days after revealing to the world that he had terminal pancreatic cancer. He was 81 years old when he passed away.

They were larger than life personalities and this auction is going to feature some breathtaking items for sure. Below is an example of a beautiful wooden carved chair among the auction items. 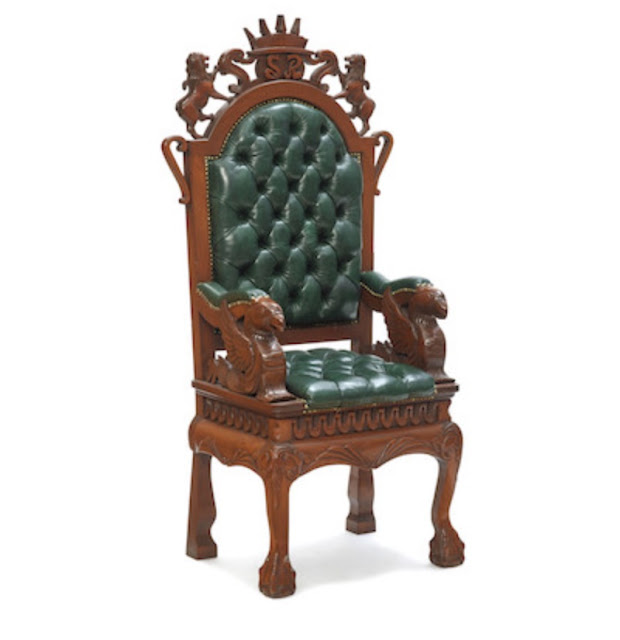 Email ThisBlogThis!Share to TwitterShare to FacebookShare to Pinterest
Labels: Siegfried and Roy

These are Houdini's Conradi Lamps that he used in his 3-In-One Show in 1926. These are being presented by Doug Henning on one of his annual TV specials. The clip is short, it only shows the Conradi Lamps.

Friedrich Conradi was a German Magic Dealer and builder who built wonderful apparatus magic around the turn of the 19th into 20th centuries.