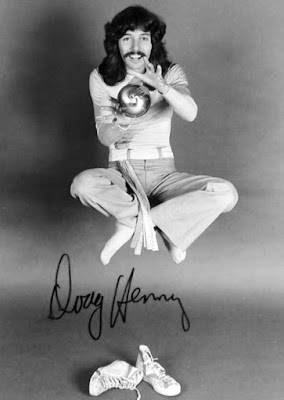 It was 20 years ago today, the magic world got the news that one of our greatest magicians had passed away. It was a shock to many. Certainly a shock to me. Doug Henning passed away Feb 7, 2000, he was only 52 years old. He had retired from performing to pursue other projects. But in the previous year or so Doug started to show up at magic shops here and there across the country. There were rumors that he would be returning to magic. I was so excited by this prospect! To see Doug Henning LIVE on stage again, wow! His was my favorite magic show at that point, that I'd ever seen live. But it was not to be. Just as quick as the rumors started, he was gone.

There was a little less magic in the world that day and every day since. RIP Doug Henning.
Posted by Carnegie