In Search of Magician Statues 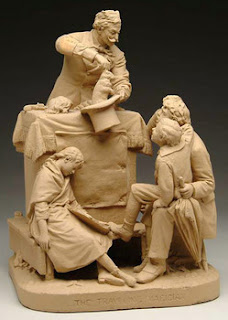 The surprise success of the various Houdini Bust/Statue blogs has me interested in doing something similar with magician statues and busts. I know there are a lot of them out there. I actually have quite a few. The success of the Houdini Bust blogs was because many people submitted photos that I was unaware of and thus helped to really enhance the photo collection.

So I need your help. I'm looking for busts and sculptures and statues/figurines of magicians to include here. If at all possible, if you could also include some information on the statues such as who created them, where the statue came from, what it's made of, and things like that. IF you know that is, if you don't just send me the photo.

Unlike the Houdini blogs which continued over several days, I'd like to gather up as many of the magician statue images and then present them all at once, or least keep the blogs to just a couple. I already did a blog a while ago on large magic statues which can be seen here.

So if you have anything, please send to carnegiemagic@aol.com
Posted by Carnegie