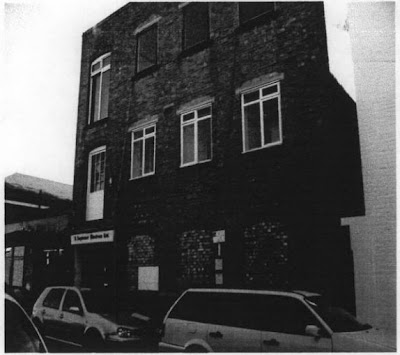 Back in 2010, I wrote a short piece about Chung Ling Soo's House in London and I mentioned that he had a warehouse in the back but that I had no photo of it. Well now I do! Thank to Jon Becker, who brought this to my attention.

The photo is of the warehouse and apparently in recent years there were attempts to demolish the site which did not happen and now there is an application in to see if the developer can convert it into a residential dwelling.

Mr. Becker is researching Donald Stevenson, who worked for Soo and was also the person who took possession of Harry Houdini's airplane. How amazing it would be to one day locate this priceless gem...if it still exists. At least it would be nice to know what eventually happened to it.
Posted by Carnegie