I provided two lists of holiday gift ideas for the magician and/or magic fan last year and I thought I'd do the same this year. Last years lists were fun and for the most part rather lighthearted. This year I'm offering suggestions for gifts that someone serious about their magic would enjoy.  I've tried to give a mix of fun stuff, practical stuff and things for the serious performer. Please follow the links to see where to purchase the items and services*. 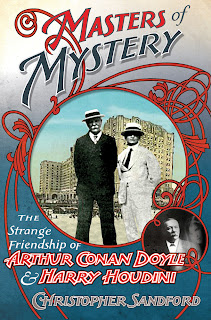 MASTERS OF MYSTERY by Christopher Sandford. This is a new book, just recently released. It's about the friendship and struggles of Arthur Conan Doyle and Harry Houdini. Ideal for the Houdini fan, the magic fan and even the Sherlock Holmes fan! 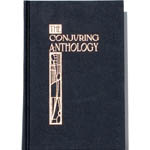 The Conjuring Anthology by Jim Steinmeyer. Every person who does any sort of stage magic, or is even considering doing stage magic should have this book in their library. These are the columns that Jim wrote for MAGIC Magazine, gathered together in one book. I'm sure he probably added a few things as well. The amount of good, solid, deceptive magic in here is staggering. 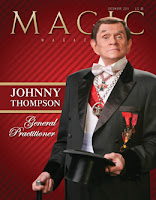 A Subscription to Genii Magazine and Magic Magazine are worth their prices in gold! They are put out by two different publishers so you'll have to subscribe separately but you'll be glad that you did. They both offer digital versions of their magazines as well.

Hire professional Director/consultant Joanie Spina to help you with your act. Let's face it, most magicians do not need new tricks. We need to know how to make our magic better, stronger, more entertaining. There is one lady in magic that has been helping performers take their magic to higher levels for many years. That person is Joanie Spina. She has worked with all the top professionals, and if you are serious about your magic, it's time you talked to Joanie as well.

Doug Bennett has been one of the creative minds in magic for many years. He has created a number of marketed tricks and also wrote scripts and dialog for some of the biggest names in magic, like Doug Henning, David Copperfield, Siegfried and Roy and Harry Blackstone Jr.. Now he is offering his services as a writing consultant. This is for the serious performer only, and if you are a performer in todays market you damn well better be serious if you expect to work. Another thing you can do to take your career up a notch is to hire a professional photographer. I'm listing two photographers here who are top notch. I've had my photos taken at Beckett Studios and was thrilled with the results. The other photographer, Zackary Belamy, works mainly overseas, but he is coming to the U.S. in January of 2012, so the door is wide open to use his services as well. Both of these gentleman will make you look like a celebrity!

Let's face some reality, in the magic world the majority of working professionals are not illusionists, not trade show magicians, not mentalists, the majority of the full time working professionals are family entertainers. For years they've had to suffer the scorn of others in the business who look down their nose at 'kiddy performers'. But the world of the family entertainer has changed thanks to the efforts of Mark & Tami Daniel and the staff at Kidabra International. They have a bi-monthly magazine, and local chapters throughout the U.S. and abroad. They also have the single best convention of it's kind. Do yourself a favor, if you are in this market and you are not part of Kidabra, JOIN!

Now, for the collector, if you are not already a member of the Magic Collectors Association, you need to be. Their periodical is great and their website is superb. And while you are at it, why not join the Conjuring Arts Research Library. Their AskAlexander database is the most incredible online research tool for magic that there ever was.

I've been a been fan of the Essential Magic Conference from the start. The first conference in 2010 was fantastic. The 2011 conference was even better! Do yourself a favor, pick up the DVDs for both conventions and then when the time comes, register for the 2012 convention. 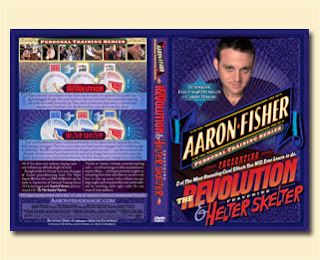 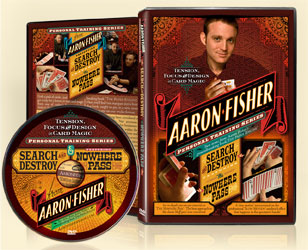 For the close-up worker who would like to add a novel card routine, I can't recommend Aaron Fisher's two DVDs highly enough. I'm a stage magician, but I really enjoyed the effects taught on these DVDs. The first is Search&Destroy and the other is The Revolution & Helter Skelter. Aaron is passionate about card magic and he is an excellent teacher. I understand he offers lessons and tutoring so you could be learning from a modern day master.  He offers other products at his website so please check them out!

If you are a close-up artist and you've not heard of Theory 11, you're living under a rock. I don't know how they do all that they do, but it's extremely impressive. I'm not endorsing any specific product, but instead encouraging you to check out all that they offer, they're that good. 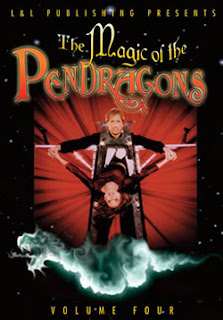 For the Illusionist & Stage worker, The Magic of The Pendragons 4 DVD Set. I know these came out a few years ago and I know the Pendragons are no longer together. But the information on these DVDs is just too good to pass up for anyone interesting in learning to work with illusions. If you just want to know how illusions work, don't waste your money. These are for people who are serious about techniques, methods and ideas to make illusions look like real magic. 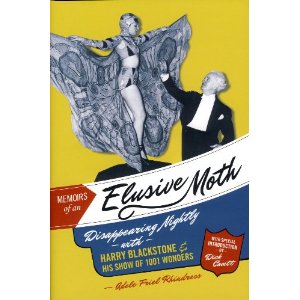 MY FAVORITE BOOK of 2011, Memoirs of An Elusive Moth by Adele Friel Rhindress. I totally loved this book when I read it. I was thrilled and surprised to see my entire review of the book up on their website. If you like magic history, this is a very fun and enjoyable book. Plus if you are lucky enough, maybe you can track down Adele at one of the magic conventions and get her to sign it!

Finally, support your local brick & mortar magic shop. I always send people to my favorite magic shop, Denny & Lee's. Denny Haney is a great guy, he was once a full time performer, he was a manipulator, an illusionist, you name it, he's done it. If he doesn't know the answer, then there probably isn't an answer to your question!

Bonus: THREE FREEBIES: WildaboutHarry and HoudiniHimself are two of the best sites on Harry Houdini. And the third freebie is my site Carnegie: Magic Detective. I work hard to make this the best general magic history website there is and I think I've done that or at least come awfully close. I'm not too shabby in the Houdini department either if I do say so myself, though John Cox and Kevin Connolly constantly amaze me with the stuff they come up with. The three of us offer free articles on the history of magic and HOUDINI all year long.

*For the record, I do not make a dime off of any of the above items. I'm only suggesting them because I think each one of them is first rate. It would be nice if you told them that Carnegie: The Magic Detective sent you though, at least that helps more people aware of my site.
Posted by Carnegie

Email ThisBlogThis!Share to TwitterShare to FacebookShare to Pinterest
Labels: gifts