Houdini and the Funeral Films 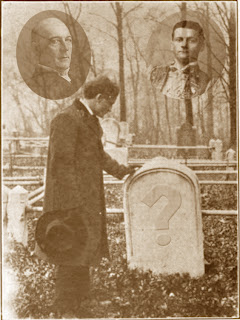 Sometime ago I was reading one of the Houdini Biographies and something jumped off the page at me. Houdini had made arrangements to have the Funeral of Harry Kellar FILMED. Then a while later I discovered that Houdini also had his friend Sigmund Neuberger's (The Great Lafayette) funeral filmed as well.

I had never heard or read that before and I wondered what happened to the footage. To that end, I have no answer. But I did uncover proof that not only were the funerals filmed but Houdini had the footage in his possession. In the May 1923 edition of The Sphinx Magazine, it records a visit by Houdini to the Los Angeles Society of Magicians. During his visit he put on a 'special entertainment' for the club by showing the films of the funerals of Harry Kellar and Lafayette. Also in 1923, Houdini showed the film of Harry Kellar's Funeral to the Parent Assembly in NY.

If my memory is correct, Theo Hardeen offered Sid Radner a rather large box of films but he was unable to take them. Could the funeral films have been in this box? Maybe, or maybe not...

GET THIS, On July 25th, 1935 the film resurfaced and was shown at the PCAM Convention in Hollywood! So I believe this film was NOT part of the box of films that Theo offered Sid Radner and in fact may still be somewhere in California! Bess Houdini lived in California in the 1930s, so perhaps the film footage was in her possession. The big question is, where is it now? I checked the listings at the SAM DVD Library and it does not show up there. Any ideas? 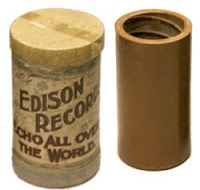 ON a slightly different note, I was watching the History Channel recently and they were discussing Thomas Edison and his inventions. They did a demonstration of one of his early wax recording devices. I was quite surprised to hear that the recorded voice was 'higher' in tone than the actual mans voice when he recorded it. I instantly thought of Houdini's wax recording and how it always struck me as somewhat odd that Houdini had such a high pitched voice. But I think it's safe to say that his voice may have been slightly lower than what was recorded. Those early recording devices though amazing were not perfect by any means. However, a high pitched Houdini recording is certainly better than NO recording.
Posted by Carnegie