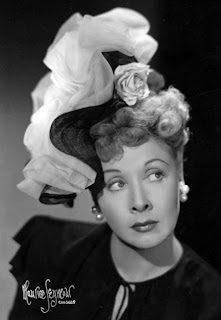 Vivian Vance, the well known side-kick to Lucille Ball, was born July 26th, 1909. Her connection to magic was via the movie The Great Houdini's with Paul Michael Glaser. Vance played the part of Minnie who was Bess Houdini's nurse. She was also known as a bouncer in the house of ill repute (in the movie).

The Great Houdinis was a made for TV movie that appeared on ABC on October 8th 1976. Vivian Vance also was the narrator for the movie. The Great Houdinis is probably the most historically accurate of all the Houdini bio-pics.