When Robert Heller began his career in magic he basically ripped off the act of Robert-Houdin. He was not the only performer to do so. He changed course however and eventually came into his own. Not only did he create a unique and memorable act, but he also invented magical props. The one I'm about to discuss was the invention of Robert Heller and Professor DeVere. The prop in it's original form was far superior to the modern version which is rarely used. 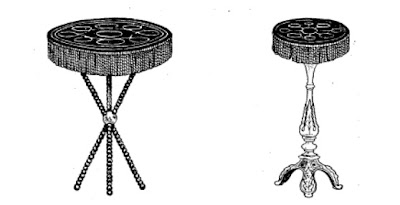 The piece of apparatus that was invented by Heller and DeVere was a table, a very special table used in the 'black arts'. Take a look at the image above which comes from Later Magic by Prof. Hoffmann. You'll see two version of the same table. Magicians in the know will instantly understand the type of table and it's various uses. Professor Hoffmann says "the table is one of the most valuable accessories, if not the most valuable, which a conjurer can possess." 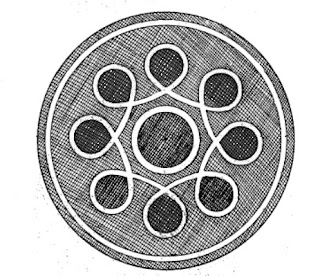 I love Victorian Magic. They spared no expense and great skill went into creating their devices. The ornate design on the top of the table fits the decorum and is not overwhelming. It's a simple design. Today's modern version of the table completely misses the point. The pattern on the table completely draws your attention and frankly raises suspicion. The principle in use is still invisible but hardly helped out by the poor construction. See picture below.

I can't help but think that Robert Heller would frown on the cheap version of his table. Interestingly, this table has almost totally fallen out of use in the 21st Century and yet it holds within it some really strong magic. The last time I can recall seeing a professional use this table was Richiardi when he presented his Lemon, Egg, Canary routine. 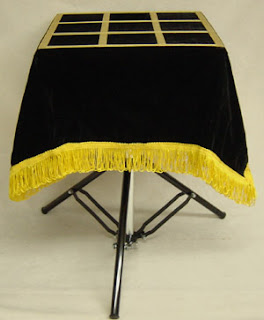