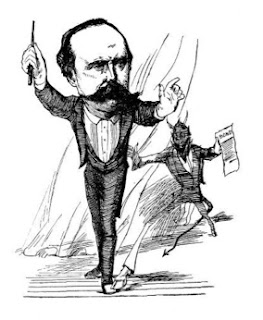 I love the Victorian Age of Magic. One of the kings from that time was a man named Robert Heller. The fast version of his life was that he was born in England, came to America to perform, was a terrible failure, eventually found some success and then stopped performing and retired to Washington D.C. and then he died. However, that cannot be correct. How could he have been a failure, retired and yet be one of the big names of the time?  With the help of my friend Joe, master magic history online searcher, the record will be set straight or at least it will make a bit more sense. So Ladies and Gentleman, prepare yourselves as

I give you HELLer!

EARLY LIFE
He was born William Henry Ridout Palmer in Faversham, Kent, England, on August 10, 1829. The date is according to the ship records when he first traveled to America. It is listed in books and online anywhere from 1824-1833, but the first ship record has it at 1829. As a young boy he showed interest and talent in music. His father was Henry Palmer was a Professor of Music in Canterbury.  He was also the leader of the orchestra at the Canterbury Catch Club, but he was NOT the organist at the famed Canterbury Cathedral as many magic periodicals have him listed.

From ages 11-14 he attended the Kings School Canterbury. Young William obviously inherited his father's musical gifts and began learning to play the piano at the age of six. At age 14 William won a scholarship to the prestigious Royal Academy of Music in London. According to a life long friend and associate M.H. Levett, "Heller was a man of liberal education, of exceptionally refined manners; a linguist, speaking several languages, especially French; and a brilliant pianist ranking with some of the best of his time". Early indications were that he would follow the path of music for his life's work but that was until a mysterious visitor came to town.

Robert Houdin, the great French Conjurer visited England in 1848. William Henry Palmer was present in the audience at the St. James Theatre to see Robert Houdin, perhaps for several viewings. He was so taken with the concept of magical performances that his passion for music shifted to conjuring. Magic historian Henry Ridgely Evans says that Palmer purchased his props from a man named Cremer, who had a magic shop in London and also learned the disciplines of manipulation and sleight of hand from him. Three years later William decided it was time to adopt a new name, Robert Heller, and make his London debut as a conjurer. Where did the stage name originate? David Price's book The Pictorial History of Conjuring spells it out. Apparently, 'Robert' came from Robert-Houdin. The second half of the name was taken from a popular Austrian pianist of the time Stephan Heller. By combining the two names he was also subtly joining together his two passions Magic and Music.

For his debut he leased the Strand Theatre in London, had programs printed up that described his act in two languages, English and French, and he then proceeded to do almost every effect from Robert Houdin's show. He even had the nerve to claim that he invented all the magic from the show. Heller even adopted a version of the show name as his own. Robert Houdin's performance was called 'The Soirees Fantastique'. Robert Heller chose to call his show 'Soirees Mysterieuses of Robert Heller'.  Robert Houdin had a huge impact on all magicians from this time and many were doing his material, not just Heller. A look at the repertiore of John Henry Anderson, the Great Wizard of the North and you'll again see a duplication of Robert Houdin's show. By the way, Anderson also claimed to have invented it all. The historical record leans towards his performances as not being hugely successful but I tend to think otherwise. Though he might not have been as big as a success as Robert Houdin, he did tour the provinces of England and did well enough that he thought America might bring him even more stardom.

AMERICA
In 1852 he left the port in Liverpool England and arrived in NY on September 6th aboard a ship called the Arctic. He did not travel alone, apparently he arrived with his younger brother who was listed on the ships manifest as 'Ernest Heller' but I believe his real name is actually Angelo C. Palmer. William Henry also listed his stage name on the ships manifest as Robert Heller. Both of their professions are listed as Professors of Music, I guess putting down 'magician' was not a good idea at the time.

At this point the various histories of Heller's life take a weird turn. Some say his act met with little success, others claim he was successful. The truth as far as I can see is that as soon as he got off the boat he headed to Albany NY for performances at Van Veckton Hall. His first performance in NYC was at a farewell concert for the famous violinist Camilla Urso on November 25, 1852 in which he only played piano.  But a couple weeks later he would be opening at his own venue.

At the time Heller was living in a suite on Grand Street west of Broadway. He had been busy preparing for his new show. Heller had been running ads for the show as early as Nov 23rd. He was announcing the opening of his "Heller's Saloon of Wonders". He rents space at Buckley's Minstrel Hall at 539 Broadway, NYC. Sometime later P.T. Barnum would set up shop in this very same building.

The show opened on December 20th 1852 and ran until the end of May 1853, he gave 200 performances during that time.  His show begins with an introduction in French. The rest of the show he speaks English with a heavy French accent. He wears a dark wig with darkened eyebrows and mustache. Heller is the first magician to bring a 'second sight' routine to America and audiences were overwhelmed by his performance. The second sight, or what he would refer to as 'Hellerism' would continue to be his magic closer for the rest of his career. He is assisted by 'Ernest Heller' in the Second Sight routine. However, even though an 'Ernest Heller' traveled with him to America onboard the Arctic, this partner, who is introduced as his brother is actually M.H. Levett, a native New Yorker. 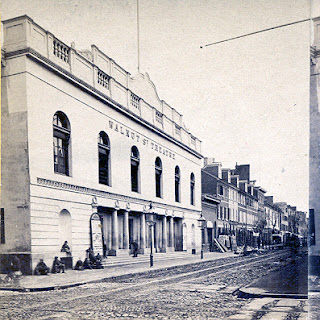 After the sixth month run at Heller's Saloon of Wonders, they took the show on the road. It's at this point that Heller decides to drop the French accent and the wigs and make-up. He realizes it does nothing to add to the performance so he removes it and goes with his natural speaking voice and his own reddish blonde hair.

His next appearance is at the Walnut Theatre in Philadelphia on July 4th, 1853. The Walnut Theatre has the distinction of being the oldest theatre in America and it is still there and still active today. He plays there to packed houses for three weeks. Then he moves the show to a place known as the Old Chinese Museum, which was actually not a museum at all but a hall that was rented out for concerts and lectures. He performs here for twelve more weeks.

THE MYSTERY
Next he joins up with a group called 'The Germania Musical Society' and performs with them in the roll of a concert pianist. He presents a series of concerts with them in Boston, Philadelphia, Baltimore and then finally Washington D.C.. This is now 1854 and the histories of Robert Heller say he was not very successful during this time so he retired from magic. One article speculated that he lost his equipment in a fire and that was the cause of his retirement. But I contend that he was in fact successful or at the least, was doing well, but an event occurred to change everything.

WHAT HAPPENED
As far as I can tell this is the first time the actual reason he left magic and moved to D.C. has been revealed. The discovery of a letter reveals the true reason. In a letter that Heller wrote to a Mrs. Blanchard of Portland Maine we discover a very interesting fact. Here is part of the letter,


"Sometime since I invested the whole of my earnings with the Germanian Musical Society in a building speculation and being the last wreck of my gains in this Country..for further safety, I put..eleven hundred dollars in the hands of a man in whom I had every confidence..what then is my situation?..I learn ...that the villain has gone off to England or Europe somewhere, leaving Creditors..to make the best of it...how cruelly I am beaten down...I am now thinking of returning to England for I have been so shamefully robbed on all sides by the Yankees that I am afraid of them...but still is hope, for two or three of those you have expressed good feelings toward me would help me...yourself and John Goddard...are among them."

The final performance of the Germania Musical Society was in Washington D.C.. I believe that Heller at this point had not so much as a dime to his name. As the letter states he put his money towards a building speculation and the remainder of what he had left he gave to a friend to hold who ran off with it. He was in Washington D.C. and only had his reputation as a concert pianist, so he took a job as a music teacher. Additionally, I'm sure the reason he changed his name back to William Henry Palmer was to avoid the creditors. This later piece was revealed in an interview with a former assistant, but he revealed no further clues. Everyone in the magic community assumed that he had no money because his magic career was a failure. Not true. He had no money because he was swindled.