Houdini and His Likeness 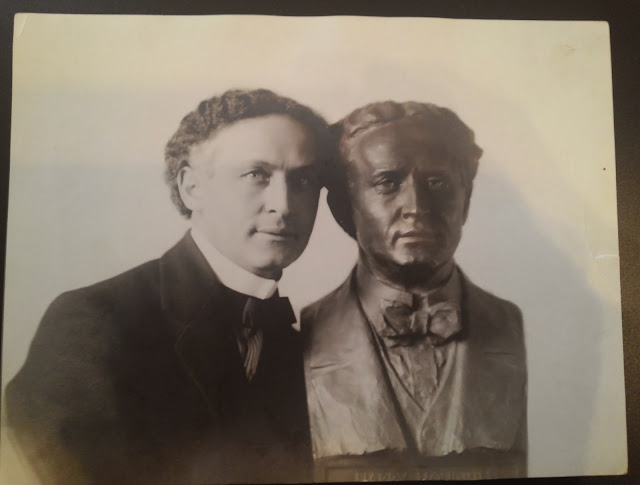 Courtesy of John Hinson, the Great Nephew of Houdini, we have another Houdini Bust. This time the Grand Daddy of them all. This bust was commissioned by Houdini in 1914 while he was performing in England. Sculptor John Cassidy created this amazing bronze bust.

This bronze bust was to be placed upon Houdini's grave when he died. However, a marble copy was mounted on the grave instead. Bess Houdini kept the bronze bust in her home and it was passed down to her sister when she died. The marble copy suffered a tragic end at the hands of vandals. But thankfully today, due to the efforts of Dorothy Dietrich and Dick Brooks a new Houdini Bust sits atop the grave.

In 1958, John A. Hinson donated the bronze bust to Museum of the City  of NY.
Posted by Carnegie